Harrap, 61, was convicted of two counts of deceiving another to benefit himself and one count of conspiracy to abuse public office. He was jailed for 18 months with a 12-month non-parole period.

Harrap was charged along with three other women:

– Lawyer Catherine Jayne Moyse, 49, an ex-partner of Harrap and daughter of the infamously rotten Barry Moyse, the former SAPOL drug squad chief who was caught by the NCA (not SAPOL) operating an extensive drug trafficking network.

As evinced by their ages and positions, this was not exactly a bunch of naive teenagers.

After an ICAC (not SAPOL) investigation, Harrap pleaded guilty to corruption offences over his attempts to avoid demerit points for speeding in his government-issued car.

Freeman admitted handing over her driver’s licence so Harrap could lie about who was driving, and said her then-boss “groomed” her to do so.

Foulkes, his partner, admitted assisting Harrap to deceive a court staffer as to who was driving his car on a different occasion.

News of the offence was especially grating given Harrap had a reputation for being less-than-charitable towards people appearing before him to contest traffic fines.

Harrap also pleaded guilty to offences committed alongside Moyse involving a conflict of interest in the hearing of a case.

Harrap asked the court for mercy, saying it would be “heartless” to jail him and that he’d needed to keep his licence for the sake of his youngest daughter, who has autism.

The claim was disputed by Harrap’s eldest daughter, who was annoyed the ex-magistrate would exploit her sister’s plight in order to exculpate himself.

The hypocrisy was not limited to Harrap.

All three of his accomplices rushed to throw him under the bus, claiming he had “groomed,” bullied,” and “taken advantage” of them.

This claim may have been tenable for Freeman, who was under Harrap’s employ and may well have feared for her job if she didn’t comply with his demands.

Judge Paul Slattery said Freeman relied upon Harrap for job security and he abused that – and his knowledge of her personal problems – to his benefit.

He said pressure exerted by Harrap exacerbated to bullying, “lewd and inappropriate” behaviour and “highly-suggestive”, unwanted and unreturned sexual advances.

So it seems Harrap was not only corrupt, but – like so much of the legal profession – a serial creep.

“You were a vulnerable target for Harrap … I am satisfied he was grooming you to agree to the request he was making,” he said.

Judge Slattery told Harrap his actions toward Freeman were “particularly egregious” and worthy of penalty. He refused to convict Freeman and placed her on a 12-month good behaviour bond.

There was simply no excuse for Foulke’s corrupt behaviour. While her lawyers tried the “she did it for love” ruse, Judge Slattery noted Foulkes was a senior, experienced and ‘respected’ police officer who knew her duty, regardless of any emotional pressure exerted by Harrap.

Judge Slattery said she “never actually said no to” to Harrap and “did nothing” to stop him committing a crime – instead she “blithely accepted it”.

Despite her egregious breach of the public trust, Foulkes escaped jail time. A conviction was recorded and she was placed on a 12-month good behaviour bond. 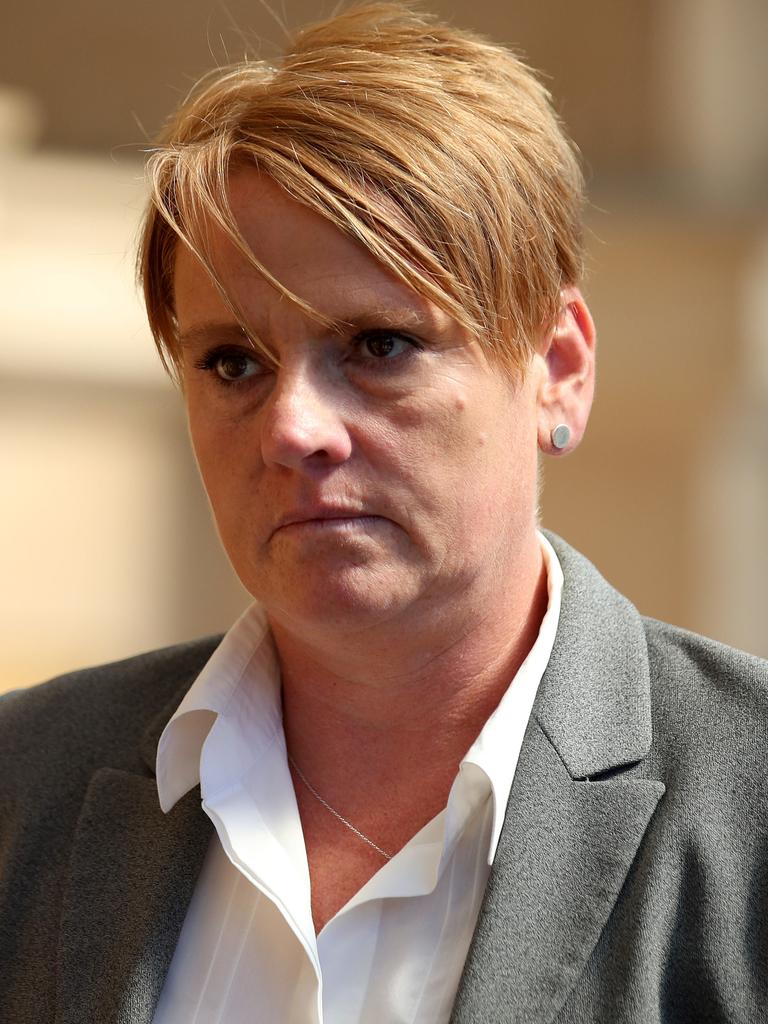 As someone whose father’s antics should have more than driven home the importance of keeping one’s nose clean, it’s also hard to feel any sympathy for Moyse. However, her lawyers successfully played up the helpless damsel angle.

Judge Slattery said there was an “improper professional and personal power imbalance” between her and Harrap, leaving her with a “destructive obedience” toward him.

“You were adversely influenced and personally misled by a trusted authority figure in your life,” he said of the 49 year-old lawyer.

No conviction was recorded against Moyse but she was fined $600.