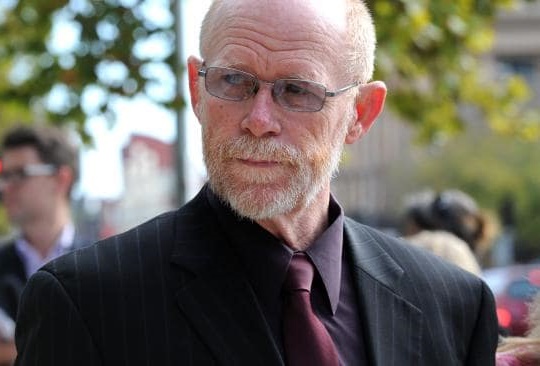 The audio footage above captures SAPOL constable Norman Hoy belittling and manhandling SA businessman Yassir Shahin after pulling him over for allegedly having window tinting that was too dark.

Hoy seems to be genuinely delighted at the prospect of pulling over the Rolls Royce.

But Hoy’s voice suddenly adopts a more sinister tone when he instructs his junior partner: “Pull him over and defect the mother…”

Things quickly go downhill from there. Hoy does his best to dominate and intimidate Shahin, and clearly becomes irritated when Shahin – quite rightly – questions the validity of Hoy’s actions.

During the encounter, Hoy proceeds to grab Shahin and push him around in front of Shahin’s wife, mother-in-law and 14-month-old baby.

Shahin insists the windows on his Rolls Royce weren’t tinted, but it appears the “your tinting’s too dark” ruse is a Hoy favourite – in 2008, another motorist lodged a complaint after Hoy also defected his luxury car because its window tint was allegedly too dark. In a sequence of events similar to those involving Shahin, Hoy told the driver to “shut your mouth” and “don’t have a hissy fit”.

“I’m sure we will,” sneers a cavalier Hoy.

The duo did indeed meet again, but Hoy’s trademark mucho macho arrogance was suddenly nowhere to be seen. Like a lot of bullies, it quickly became apparent Hoy wasn’t so tough when the tables were turned.

When Shahin filed assault charges against Hoy, the highly belligerent cop broke down in court and continually cried and sniffled.

And after the verdict was delivered, he continued with the waterworks and whined about how stressful the ordeal had been. Welcome to the world of the people you threatened, insulted and bullied, Hoy! It’s interesting how so many SAPOL cops are quick to strut around like John Wayne and taunt people when armed with guns, batons and pepper spray, but quickly come apart when forced to endure the same treatment they gleefully subject others to.

Incredibly, despite Hoy’s disgraceful behaviour being captured in the audio footage taken from his body worn camera, he was acquitted.

During the trial, Hoy’s legal counsel did all it could to portray Shahin, of Middle-Eastern descent and appearance, as an evil, powerful businessman. It similarly hailed Hoy, a white Anglo-Australian, as a wonderful“hero” because of his role in an incident involving a runaway truck descending the South-Eastern Freeway.

To listen to the gushing superlatives of his defence team, you’d think Hoy leaped from his car, tore open his shirt to reveal a giant “S”, then stopped the truck with his bare hands.

Needless to say, that’s not how it happened.

Upon noticing the runaway truck, Hoy radioed central command from his car to notify them. Traffic lights along the route were then set to allow the truck a clear run until it could safely stop.

As the truck sped along in the middle lane, Hoy’s police vehicle travelled slightly ahead in the left hand lane.

The kind of procedure any remotely competent law enforcement official should be capable of enacting.

In other words, Hoy’s defense team were able to cite a single instance in which Hoy actually did his job, and did it properly. This was supposed to excuse the highly unprofessional, power-tripping behaviour he displayed towards Shahin.

The jury, sadly, fell for it.

As it turns out, there have been many, many instances of Hoy acting like an obnoxious bully – a key fact witheld from the jury.

The Advertiser revealed Hoy had been the subject of eleven Police Complaints Authority complaints. According to a damning PCA report, “Hoy was a threatening, harsh, unfair, arrogant and rude bully whose insulting, unprofessional behaviour breached regulations.”  Along with having this key information witheld at trial, the transparency-hating SAPOL diligently tried to prevent The Advertiser from revealing the report’s findings.

SAPOL to the Public: It is Lawful For Us to Verbally and Physically Abuse You!

In a textbook classic display of SAPOL arrogance, Police Association of SA President Mark Carroll proclaimed: “Norman Hoy was always innocent of any wrongdoing … he did nothing but undertake the lawful, dedicated role that his employer and the community expected him to undertake.”

Despite the fact Hoy grabbed, shoved and verbally taunted Shahin, Carroll further pushed the boundaries of credulity when he stated: “He assaulted no one, he disrespected no one and he failed no one.”

In reality, Norman Hoy proved himself to be yet another SAPOL bully happy to intimidate and antagonize law-abiding civilians, but not so happy when the spotlight was cast back on him.

I have been confronted by him, he wanted to attack me when I told him to lower his voice and change his attitude, when he harassing my wife after a car accident. As you can see he is still a constable at his age, which police freinds tell me generally means he is a liability to the police force and he will never get promoted because his bad attitude 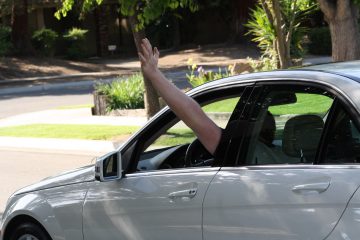 Rather than address their own rampant sexual predation and predilection for assaulting unarmed people, South Australia Police continue to harshly fine citizens for trivial ‘offences.’ In this case, a man has been left stunned after Read more… 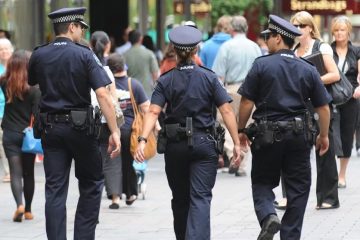 A man unlawfully arrested by South Australia Police (SAPOL) following an incident in Hindley Street has been awarded over $700,000 compensation after the District Court found there was a blatant disregard for his liberty and Read more… 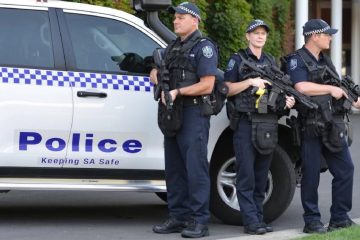