Magistrate Robert Harrap, pictured above flanked by lawyers, appeared in the Adelaide Magistrates Court this morning charged with perverting the course of justice.

Two other indviduals who have been charged in relation to the matter can now be named. Lawyer Catherine Jayne Moyse — principal solicitor at CJM Legal — also appeared in the Magistrates Court this morning charged with perverting the course of justice. 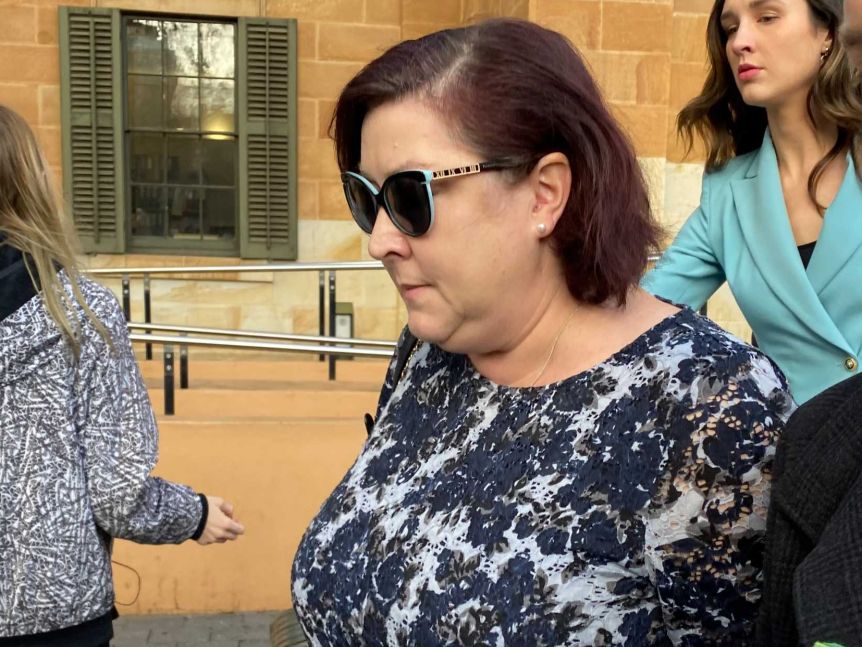 Catherine Jayne Moyse, one of three co-accused along with Magistrate Bob Harrap.

The identity of a third woman charged in relation to the matter has been suppressed, with the media ejected from the courtroom after her lawyers successfully applied for a suppression order.

Chief Magistrate Mary-Louise Hribal said Harrap would not sit or conduct any court business until the matters against him had been finalised.

“Accordingly, I have directed that Magistrate Harrap take leave until the charges against him have been determined according to law,” Judge Hribal said in a statement.

ABC News sought comment from SA Police about the status of Foulkes’ employment but received a statement saying it was “not the authority involved in this matter and as such cannot provide any further detail”.

However, SAPOL later issued another statement confirming her employment:

The website for Moyse’s firm CJM Legal appears to have been taken offline.

The four alleged conspirators were charged as the result of an investigation by the Independent Commissioner Against Corruption (not SAPOL, which has a long and proud history of looking the other way when its officers engage in crime and corruption).

It is alleged Harrap received two traffic fines in March and April of this year whilst driving his government-issued car. The demerit points incurred from the two fines would have resulted in the suspension of Harrap’s drivers’ license. It is further alleged Harrap proceeded to misrepresent who was driving his vehicle when the fines were incurred, because “he couldn’t afford to lose his license.” 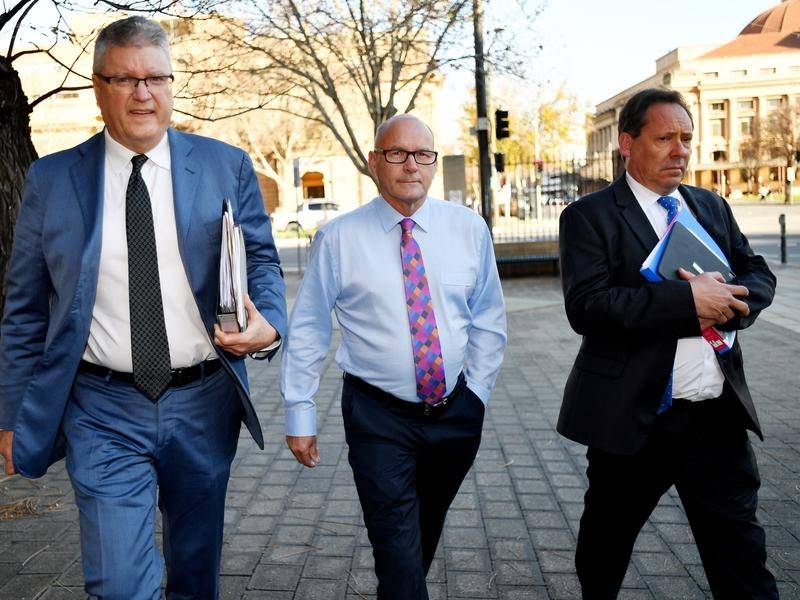 Harrap has also been charged with perverting the course of justice in relation to a matter he presided over.

“Senior Sergeant Abigail Foulkes and another person whose identity has been suppressed have each been charged with one count of deception,” ICAC commissioner Bruce Lander said.

“It will be alleged that both individuals, on separate occasions, in a joint enterprise with Magistrate Harrap, misrepresented who was driving Magistrate Harrap’s government-issued vehicle at the time it was observed being used in the commission of traffic offences.”

“A third person, Catherine Moyse who is a legal practitioner, has been jointly charged with Magistrate Harrap in a separate and unrelated matter.”

All four co-accused will be back before the court later this month.

HARRAP, Robert Bruce: Deceive Another To Benefit Self – Basic Offence (2); Public Officer Exercise Power To Secure Benefit – Basic/Attempt To Obstruct Or Pervert The Course Of Justice.

FOULKES, Abigail Rebecca: Deceive Another To Benefit Self – Basic Offence.

Name Suppressed: Deceive Another To Benefit Self – Basic Offence.