By SAPOL’s very own definition, Darren Paul Vance is a selfish prick. The South Australia police officer was caught driving a motor vehicle on 26 June 2021 with a blood alcohol limit of 0.132 – almost three times the legal limit!

Vance told the court, “I was stupid and had a big night the night before.” Vance appeared intent on having a big morning also, because it was 9.39am the following day when he was detected, alcohol in hand. Police were performing “speed detection duties” on Townsend Street, Mount Torrens when they noticed a passing driver apparently drinking from an alcoholic beverage can.

Vance was stopped, and administered a blood alcohol test.

Vance’s behaviour is mind-boggling. Not only is he 51 years of age – old enough to know far better than to drink and drive – but he is an “experienced” police officer.

South Australia Police is the same outfit that has been running an ad campaign labeling drink-drivers as “selfish pricks.” The controversial campaign was developed in conjunction with advertising firm Black Sheep Advertising. 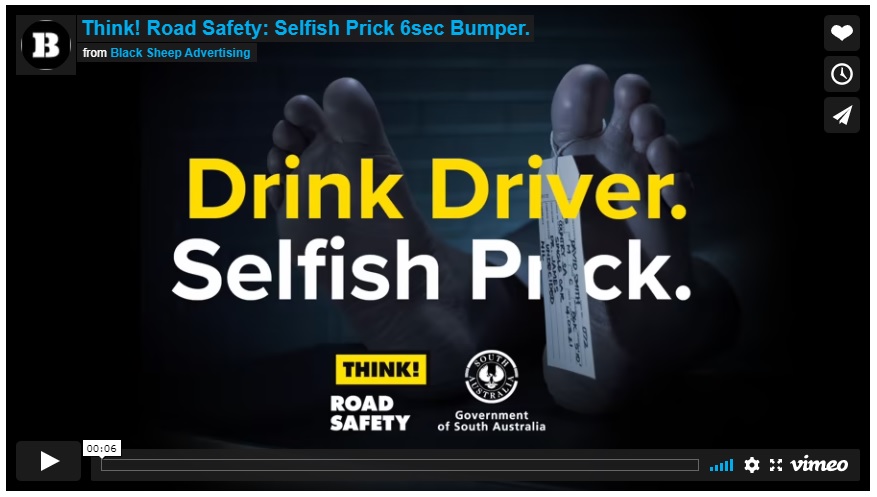 Andrew Millar, creative director and principal at Black Sheep Advertising, said: “At its core, we realised drink driving is one of the most selfish thing you can do.” Millar boasted about how “impactful” he believed the campaign was, but the message clearly isn’t getting through to the likes of Vance.

Magistrate Lynette Duncan recorded a conviction against Vance, who also received a six-month loss of his driving licence and maximum mandatory fine of $900.

Despite the fact that by their very own standards Vance is a “selfish prick,” SAPOL refused to say if any disciplinary actions would be taken.

“The offence occurred whilst the officer was off duty. SAPOL have no further comment on this matter.”

History has shown the publicity-whores at SAPOL suddenly become very shy when it comes to discussing the apalling driving habits of their employees.

When two hoon-driving cops rolled a car in a quiet suburban street, investigating police told neighbours to stop filming – even though filming police in public is perfectly legal.

When Superintendent Christine Baulderstone suddenly drove her police vehicle into a pedestrian in the CBD, she not only refused to apologize but she and a fellow officer blamed and threatened the pedestrian. When the victim’s lawyer later lodged a FOI request to access security footage of the collision, it had conveniently “gone missing.”

When SA Police Officer Anthony Skewes recklessly hit a cyclist with his police vehicle, he left the scene before other police arrived, avoided presenting to a police station to provide particulars about the accident, and avoided the requirement to submit to breath/blood alcohol testing.

A male officer who suddenly u-turned in front of a scooter rider, causing the rider to crash and suffer injuries and damage to his scooter. The cop tried to place culpability on the rider by claiming he used his indicator, but the footage shows the cop did not indicate:

A female officer who, for reasons known only to her, thought it would be a great idea to suddenly swerve across three lanes on the busy Southern Expressway. The inevitable consequences of her insane manoeuvre were captured in the video below:

A police officer caught breaking at least 10 road rules in under a minute at Elizabeth:

Yes, there are a lot of selfish pricks at SAPOL.

SA Police Officer Anthony Skewes Hit Cyclist, Then Tried To Cover It Up